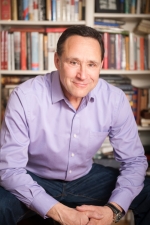 Once upon a time in New England, if you wanted a newspaper, some hardware, a neighborly chat, or just about anything else, there was only one place you could go: your local general store. Until the emergence of big chain stores in the previous century, the general store was at the heart of any town. In his book, New England’s General Stores, Ted Reinstein explores the past and present, demise and resurgence, of this American community center.

Ted Reinstein is a Boston-based author and journalist, who has written several books about his home region of New England. Ted reports for Chronicle, a Boston TV news-magazine, and in 2002 his team was awarded a DuPont-Columbia Broadcast Journalism Award.

Books will be available for purchase after the event (cash/check accepted).

This event is sponsored by the Billerica Public Library Foundation.