Virtual Adult Program - Are You Ready for Retirement? 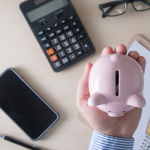 This seminar will consider retirement issues and provide useful insights to people who are planning for retirement, and those already retired who are rethinking their retirement finances.

Please take THIS SURVEY before the program so that the presenters are able to tailor their presentation to your responses. We appreciate your participation in this survey!

At the conclusion of the program, participants will be able to:

The Andover Mentors are retired financial professionals, Roland Jacobson, Jeff Kaplan and Don Schroeder. Email questions to them at andoverseniormentors@gmail.com.

Roland Jacobson has been employed in the investment business since 1970, beginning as a product manager developing stock, bond, and commodity trading and pricing systems at Quotron Systems. In 1976 he began a 10-year career at Interactive Data/Chase Econometrics as a salesman and branch manager in Los Angeles and then as a product manager when transferred to Boston. The products of IDC/Chase Econometrics were online access to portfolio management systems, investment and economic data, and modeling systems which were sold to major corporations, bank trust departments and investment consultants.

In 1987 Roland joined Fidelity Investments to be in charge of institutional customer service. Two years later due to his experience at IDC/Chase Econometrics he became Fidelity’s liaison to over 100 investment consulting firms throughout the U.S to promote Fidelity’s mutual funds and services. Later, he became part of an Investment Consultant team that met with investment committees of corporations and non-profit organizations that offered retirement programs to their employees using Fidelity and non-Fidelity mutual funds. In his last 16 years as an Investment Consultant, Roland began to specialize not only in retirement offerings but also in endowment fund management for non-profit organizations such as universities, hospitals, and private foundations. After meeting with the investment committee Roland would often hold for the client employees “brown-bag lunch” presentations on investment basics. He also provided financial planning for the major officers of many of these organizations.

After retiring from Fidelity Investments in 2007, Roland worked for 10 years as a Certified Financial Planner for Cox Capital Management in Andover, Massachusetts.

Jeff Kaplan has been employed in education and training since 1969, initially as a teacher for New York City Public Schools. In 1981 he joined CompEd Corporation for three years as a trainer of business software programs and deliverer of process automation consulting. Also beginning in 1981, he became an Adjunct Professor at The New School for Social Research teaching graduate level programs in business software and implementation of automated processes.

In 1984 Jeff joined Sea-Land Corporation as Manager of the Computer Information Center providing training and process automation consulting to internal Sea-Land clients. In 1987 he began 9 years as Director of Global Systems Implementation and Training for Sea-Land. Jeff was responsible for teams of systems implementers and trainers in the US, Europe and Asia.

After retiring from NCR in 2009, Jeff became active in community service organizations. From 2010 through 2017, he served as a Director on the Board of The House of Hope, a food pantry and services organization in Stuart, Florida. He worked as an instructor and counselor for the University of Florida Money Mentoring program from 2014 through 2018, delivering classroom training and individual counseling on financial topics.

Don Schroeder is a retired banker. Currently Don is President of the Trustees of the Punchard Free School.

He began his banking career in 1971, joining Arlington Trust Company as a branch manager in a number of the bank’s offices throughout the Merrimack Valley including Andover. He was on the Economic Development Committee in Lawrence. In 1980 he joined the bank’s commercial lending department as a Vice President and in 1985 he formed the small business lending group for the bank. Several years later Don became a commercial lending group manager for the bank which become part of Shawmut Bank. Later as the banking landscape went through a number of mergers and consolidation, Don joined First Essex Bank. In 2004 he joined Enterprise Bank and Trust Company as Senior Vice President in the commercial loan department. He retired in 2007.

Besides his professional career, Don has been active on numerous boards in the area. In 1990 he was appointed to the Town of Andover Finance Committee and served as the committee’s chairman for several years until he left the committee in 2000. He served as treasurer for the Merrimack Valley YMCA and later served on the Board of Trustees of the Y for a number of years, becoming the Chairman of the Trustees. He was also treasurer of the Andover Historical Society and Andover Community Trust, among others. While working with these groups he become heavily involved in developing financial policy, reviewing investments, and formulating investment guidelines.

This program is brought to you with federal funds provided by the Institute of Museum and Library Services and administered by the Massachusetts Board of Library Commissioners.

Registration is required for this event. To register, please provide the following information:

Email reminders are sent 48 hours before the event takes place.

If this event is cancelled, we will use the contact information you enter here to get in touch with you.